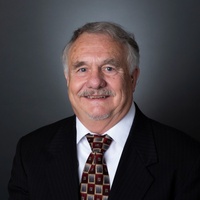 Ralph has lived and worked in the Miami Valley area for nearly 40 years since his graduation from Bowling Green State University in 1969. Ralph received his Bachelor's Degree in Business Administration with a major in Accounting. He has been a Certified Public Accountant since 1989, an active member of the American Institute of Certified Public Accountants (AlCPA), and is a former member of the Ohio Society of CPAs (OSCPA).

Since 1983, Ralph has worked with seniors, professionals, and business owners as a tax planner, financial advisor, and business consultant in the Dayton-Cincinnati area. Ralph served on the local executive board for the OSCPA for several years in various capacities. He is also a member of the Financlal Planning Association (FPA) and a member of the AICPA5 Personal Financial specialist (PFs). He also served on the AICPA's lnternational Eldercare/Prime Plus Task Force for several years which was responsible for developing educational materials for the AICPA for eldercare planning in Canada and the United States.

Ralph and his wife Donna have been married since 1974 and live in Kettering, Ohio, where they raised their two sons, Jon and Chris. Over the years, Ralph and Donna have been actively involved in their local church. Ralph has served a number of congregations as their supply and interim ministry pastor, and he also spent many years coaching youth sports.